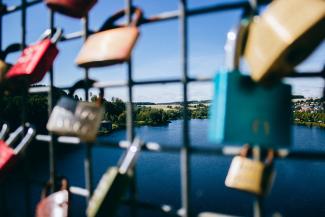 The Value of Social Security

When I was about nine years old my family moved to Cleburne, Texas. Cleburne is a small town south of Fort Worth, Texas. It’s where my mother grew up and where my grandparents had lived since the early 1950s. We moved just down the street from my grandparents. My grandparents, Patsy and Clarence, were great people. They were children of the depression. Granddad grew up very poor. Granny’s dad as the only barber in Burnet, Texas in the 1920s and 1930s. She lived “high on the hog,” as Granddad would say. Granddad was just old enough to have served in the tail end of World War II. Amazingly, he broke his jaw in a boxing match while in transit to the South Pacific. Having his jaw wired shut almost certainly saved his life. According to him, his platoon was nearly wiped out.

After the war, Granddad married Granny and used the G.I. Bill to go to school. He got a degree from Texas State Technical College. He worked for Volkswagen and General Electric, developing early air conditioning systems for cars. Unfortunately for Granddad, he was laid off from both jobs before fully vesting in his pension. This seems to have been a more common practice in those days as both of my wife’s grandfathers experienced similar circumstances. After Volkswagen and General Electric, Granddad worked for Johnstone Supply. Sometime in his late sixties, they decided he was too old and let him go. After which Granddad went into business for himself servicing air conditioners. By the time I moved to Cleburne, Granddad’s air conditioning service was in full swing. I spent almost every weekend, many days after school, and a lot of my summers with my Granddad. He told me about growing up in the 30s, his service in World War II, what Cleburne was like in the 50s when he moved there, and anything else that would come up.

Granddad worked until he was about eighty years old. It’s a good thing too, because Granny and Granddad were poor. I didn’t realize it at the time. I just thought they were old fashioned, which they were, but they were also poor. They lived in the same house for over fifty years. It’s a neat house. It’s river rock, but it was badly in need of repair. Granny worked into her mid seventies. She started a small dog grooming business when Granddad was working as a contractor during the Vietnam War. Granddad’s plan was to work until he died. He grew up poor, and that’s what he thought people were supposed to do. He was a Gideon, a Deacon at Field Street Baptist Church, and gave away his time and money to myriad causes. He spent a lot of time volunteering with his church. If his time was a tithe, he probably tithed about a quarter of it. For the last six to seven years of their life, Granny and Granddad could no longer work. They had to live off their small savings, social security, and help from their kids. They were both able to stay in their home until months before their deaths. Neither of them ever made much money so their social security was not much, but if it weren’t for the social security checks they received they would have been forced to move in with my parents.

This is a familiar story, and I think it is one of the reasons people tend to undervalue their social security benefits. It’s not a perfect system, but it does offer some security against absolute destitution for people like my grandparents. People who maxed their benefits out are generally surprised to learn how much an annuity that pays equal income would cost. Max benefits at full retirement age (currently 66 & 2 month) are around $3,100 a month or $37,000 a year. For a couple to buy a single premium immediate annuity that paid the equivalent monthly payment, the premium would be around $750,000. For a single male, it would be around $520,000. The take away is that social security benefits have value, and they are likely to be around for you. Whether or not they will be around for me…that’s another question all together.